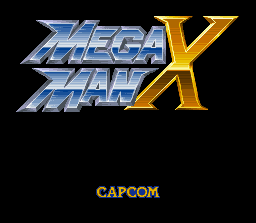 For six years, Capcom had tried the nerves of consumers and critics alike with NES’ classic Mega Man series, which never was the easiest franchise to receive or review. Months after the release of the lackluster and infuriating Mega Man 6 on the NES, came the long anticipated Mega Man X, the first game in a much obliged spin-off series that somewhat resurrected the franchise. Instead of standing for “Mega Man 10”, Mega Man X is the actual name of a whole new protagonist who does a good job filling the boots of the vintage Blue Bomber, who was kind of like his prototype in storyline. He actually does such a good job, that I personally regard Mega Man X the best game in the whole franchise. It’s too bad that this spin-off ended up going down the same spiral as the original series, but the flame of the original game is still very much alive.

More than a hundred years after the death of Dr. Thomas Light, an archaeologist by the name of Cain discovered Light’s research facility as well as his journal, in which he documented the specifics of a certain robot prototype known as X. Cain was fascinated with Light’s creation, a robot with human emotion and the ability to think for himself, and produced a line of Reploids using X as a standard. Some of the Reploids used their free will wrong and became a criminal force known as the Mavericks. An elite police force against the Mavericks, dubbed the Maverick Hunters, was created and maintained by Cain. When the leader of the Hunters, Sigma, betrays the force and takes control of the Mavericks himself, Cain deploys his superior creation Zero to destroy the Mavericks and their leader. He is joined by X, who despite of his weaknesses is determined to put an end to the hell he helped create.

The game was released in 1993 and with that in mind, it looks simply awesome. No graphical elements from the original series remain, everything’s completely renovated. The bosses are huge and look amazing. Some of my favourite bosses in the whole franchise emerge, big thanks to their brilliant design (Storm Eagle RULES), the level design kicks ass and the effects are pure gold. Some of the bosses even have a special reaction whenever they’re damaged by the weapon primarily designed to be used on them! A total of five composers worked on the music to make it as tight as possible, and it certainly is just that. The music here blows the top off the entire series, including Mega Man 2 and 3.

People coming to this game straight off the heels of the classic series are in for a lot of learning and getting used to different stuff. It might well be that some of the most basic stuff is forgotten even in the beginning of the final battle, just because you’ve played the games on the NES for so many years. At first, Mega Man X feels like any old Mega Man game once you get past the introduction, which precedes the actual Stage Select. First, there are eight stages to choose from. After you beat them all in any order you see fit, you unlock the final stages which, according to the age-old tradition, feature a few more bosses and a survival sequence, which are followed by the decisive battles against Sigma and his closest cohorts.

Each of the main stages is led by a Maverick, which is basically the same thing as a Robot Master. The Mavericks are huge robots with animalistic abilities, theme and look. If you want some examples, Sting Chameleon has the ability to climb on walls, merge with the environment and whip X with his strong tongue, and Armored Armadillo can use his rolled up body as a shield and for a devastating wheel attack against X. The boss fights are very intense and completely unpredictable. On top of that, it’s extremely hard to get started in this game, even if there are actually a few bosses that can be “easily” beaten with just using the X Buster, your new default weapon which works in the exact same fashion as the Mega version in games 4, 5 and 6.

However, even if you clash through four or five stages only to find that you can’t do shit to any of their Maverick leaders with the weapons at your disposal at the moment, you are paid back for your efforts for the first time in the whole series, even if you lose all your lives. You see, there is a bulk of secret stuff hidden in the stages – you can keep of all of it even after dying, as long as you have fulfilled the criteria to get it in the first place. Even beating some Mavericks might unlock something in some other stage. So, about this secret stuff. Subtanks replace the classic energy tanks, and the way these work is familiar to anyone who’s ever played Metroid. Extra health items you collect while your health meter is full go straight to the tanks, and you can use even the slightest energy stored in the subtank when you’re in a pinch. This is not the only way to improve your chances against bosses; one heart tank is hidden in each Maverick stage, and these babies increase your maximum health. By finding them all, you double your original health meter. So are they worth the trip? You can bet your ass they are, especially since the final bosses are MAD! Also remember that in this game, you can return to any Maverick stage at any time, even in between the final stages and just before the last confrontation. The best new feature is that if you’ve already beaten the stage you’re in, you can warp out of there any time by using the Exit Beam found in the weapon menu.

The most important collectables in this game, above everything else, armor upgrades which transform the Blue Bomber into the White Death. Each upgrade is extremely well hidden, but should easily be found by any truly devoted explorer. These upgrades increase X’s defense, and grace him with whole new abilities. Let’s talk more about abilities. In the beginning of the game, X is no more than a graphical update of the vintage Blue Bomber. He can’t slide, but he has one very important ability that his NES counterpart didn’t (tell me about it...), and that’s the wall kick, which you can use to climb walls. This works both ways: between walls and up one wall, and unlike in many other games, the wall kick is very easy to use. It works great in pits as well, and that’s what I was talking about when I went back to the NES games. When you see yourself falling into one, you can quite easily reach a side you can climb by rapidly kicking it. X can also brake against walls, using his feet. No more frustrating pitfalls, at least not on the old scale. Besides that, X can’t do a whole lot in the beginning. Through Dr. Light’s upgrade capsules – the hidden ones – X gains automatic abilities and buffs such as one to smash certain types of blocks with his helmet and more powerful armor, and also user-controlled abilities such as the power dash, via a boot upgrade.

From time to time, you’re given the chance to use a huge, armored robot with fists of fury to get forward, until the path ahead becomes inaccessible to your new toy. There’s also a mine cart with spikes on both sides, which you can use in one stage to quickly clear a path.

One of the most annoying things about the original series is that every time you find or receive a weapon energy item, you have to toggle through the weapon menu to choose a weapon that needs reloading. That problem is totally obliterated in Mega Man X. When you collect weapon energy, it goes straight to the weapon closest to a full meter. Also, you no longer have to toggle through the menu to simply change your weapon, you can change it on the fly by using the L and R buttons. It has a downside on my personal account. You see, often in intense situations in any game, I have the tendency to push the controller against my thighs top-down, which results in unintentional weapon change in this game.

Mega Man X fixes many mistakes made by Capcom with a few of their previous NES games and brings fresh meat into the table in many forms. Overall, I don’t have much to complain about when it comes to the gameplay, counting out the ridiculous respawning rate of enemies that has been there since day one and the slightly oversensitive controls. The game is very hard in itself, but it’s up to you and your will and skill as an explorer to improve your chances by finding everything in the game. It’s still not easy; even at your maximum, you need to be careful with the final battles. Sigma is way worse than that sniveling Dr. Wily.

Let’s say that Mega Man X could’ve been a new dawn for the Mega Man franchise, it is by far the best game in the long history of the series. The general physics are much better, the upgrade and development system is a fantastic addition, and the surprisingly efficient storyline alone makes Mega Man X more interesting than the last three NES games combined. Excellent game.

Nintendo Power ranks Mega Man X #103 on their list of the Top 200 Nintendo Games of All Time.

The game was re-released as an enhanced remake entitled Mega Man: Maverick Hunter X on the PSP in 2005, and in its original form as part of the Mega Man X Collection on Nintendo GameCube and Sony PlayStation 2 in 2006.

In the Japanese version, the Mavericks are called Irregulars.

Hadouken is the most difficult weapon to find in the game, and it can destroy even the last boss with one single shot. The Hadouken is a large fireball, made famous by Ryu and Ken in Capcom's Street Fighter II. The same button combo as in the original fighting game is used to fire the Hadouken, X shouts out "Hadouken!" whenever he fires it, and it's given to X by Dr. Light, who’s dressed up like Ryu.