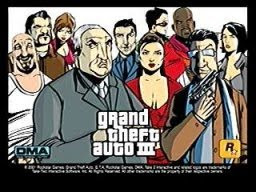 Grand Theft Auto is a game series that started out in the late 90’s as violent, small time sandbox action that addicted teenagers and annoyed critics. Over a decade after the first game’s release, the franchise cashes in more than some Hollywood productions; the promotional material for the games costs more than some Hollywood productions! How did it come to this? In 2001, the first 3D installment in the series – Grand Theft Auto III – was released, and it changed EVERYTHING. To this day, Grand Theft Auto III is regarded by critics as one of the most important, revolutionary video games ever made. Although it has been outdated by its successors in the immensely popular series, many die-hard fans of the franchise still consider it the best Grand Theft Auto game ever made. I disagree, but you have to take into account my personal history with the franchise. I bought and first played the game in between San Andreas and Grand Theft Auto IV, since I’m a late fan of the franchise. It naturally lacks some important features made famous by the later games, yet it provides a stellar gaming experience and has its firm place in the series’ canon. In other words, if you have played the later games, and loved them, you just can’t afford to miss Grand Theft Auto III.

Welcome to the worst place in America

Liberty City, 2001. After a successful bank robbery, a Colombian gang’s treacherous leader Catalina shoots her mute boyfriend (from now on, referred to as Claude) and leaves him for dead. Claude survives, but is soon picked up by the police and forced to take all blame for the robbery. A police convoy transferring Claude is attacked by a group aiming to free an unrelated fellow prisoner. Claude escapes with 8-Ball, another fellow prisoner and an explosives expert, who helps Claude to get in touch with some of the most important key figures of the Liberty City underworld. Claude eventually ends up working for the Leones, a powerful mafia family with ties all over Liberty City, and sees his new job as the first step towards finding who he’s looking for.

As all of you who have played any 3D Grand Theft Auto games should know, the game isn’t pretty in the traditional sense, and especially this one is full of some really rough polygons. However, you should also know that what the characters look like is not very relevant. It’s the city itself, the scenery, the flow and the size of the game that matter. Just think about how short the game would be with first-class graphics. The cinematic feel of the game works like magic, regardless of the lacks in rendering. Liberty City itself is so well built, the cinematic camera angles work great and there are unique graphical features all over the game. Focus more on the ridiculous amount of stuff on show, and not only on what it looks like on tight watch, and you’ll definitely like what you see!

The cinematic feel of the game is pushed further forward by absolutely brilliant voice acting now a standard for the whole series. Professional actors such as Frank Vincent, Debi Mazar, Michael Madsen, Kyle MacLachlan, and Robert Loggia play important roles and bring their respective characters to life. Some of my favourite characters in the series make their first appearance and I must admit the presence of the recurring characters is stronger in the later games, perhaps due to the more dramatic and uncensored, therefore authentic communication that came along later. The “clean” dialogue – not even real drugs are mentioned by name – is compensated for with witty humour and subtleties, which work fine as well.

The radio from the previous games is brought back, heavily updated. There are hilarious radio commercials advertising whatnot, usually some very weird, twisted and downright disturbing products or services. There’s also a moderately large soundtrack which comprises of both original music written by designers Craig Conner and Stuart Ross, and licensed music, from hip-hop to trance, to choice cuts from the soundtrack of the movie Scarface, which is an obvious influence to the game’s storyline in every way. The movie’s most famous tune and one of my favourite songs from the 80’s that isn’t metal, “Push It to the Limit”, is in the game. Need I say more? Lazlow Jones makes his first of many Grand Theft Auto appearances as the host of Chatterbox FM, a talk radio which is a good alternative to people who can’t find any station worth listening to. Another one is to just switch the radio off. The downside to the radio is that it’s very repetitive and you’ll surely hear all the jokes and songs more than 50 times each, during one game. However, as you know, this is only a problem to those with the PS2 version. PC and Xbox players have the glorious option of storing their own MP3’s to a certain folder on the hard drive and make their custom radio playlist based on those audio files. Sony owners STILL don’t have this option handy, even in the days of the PS3. Damn those Microbucks.

The gameplay, in comparison to the first two games which were in 2D, is the main focus of the major overhaul at hand. The gameplay concept, all glitches aside, is spectacular, from movement to action. The developers saw fit to include well-placed tutorials to every point in the game in which it’s ideal to learn a new ability. These abilities are a-plenty. First, you’ll learn to move by foot and car, save the game in your appointed safehouse, and a while later, you’ll go through a weapon tutorial. These are the basics of the game, but later you’ll be introduced to an array of advanced and (mostly) optional techniques – such as drive-by shooting, using special weapons and vehicles, and dealing with different conditions in different situations. Learning all aspects of gameplay in this gradual, systematic way is surprisingly easy, and moreover, fun as hell. Those who have played the later installments know the basics of gameplay better than their pockets, and sadly, they will also easily place trust in methods that don’t yet exist; I’ve seen it myself. Features such as swimming and climbing over walls are missing, and that makes gameplay less smooth and the game even harder than it already is, for those familiar with the more advanced schemes. Yet, of course it isn’t fair to criticize the game on these grounds.

Driving, however, does have issues that should’ve been fixed before letting the game leave production. I don’t know if Microsoft has a batch for their two ports of the original PS2 game – but as an owner of the PS2 game, I’m very peeved with the physics of driving. Think of a situation in which you’re driving 250 miles per hour down a freeway, trying to escape cops or an angry mob. You do one badly timed turn to the wrong lane to get past traffic, but then, a head-on collision with a car half the size of yours sends you flying 50 feet up in the air and spinning like a dreidel. In the worst situation your car blows up – this doesn’t happen before a warning, though – and you have no chance to escape the explosion by foot. The laws of physics don’t quite apply, and that has always been a serious flaw in the game; it has nothing to do with the shadow cast on it by its sequels.

Grand Theft Auto III is arguably the most difficult game in the whole Grand Theft Auto series – not only due to the lack of some key features prominent in the future titles, but due to several long, tricky and complex missions, and the incredible difficulty of most of the many oddjobs, which intrigue many players since success usually results in buffs that guarantee an easier overall performance, and of course, bragging rights. If you truly are going for 100% completion of this HUGE game, you’re probably in for weeks and weeks of torture, but luckily some pleasure, too. Even if you get stuck, which you will surely do more than once or twice on your first playthrough, you’ll eventually figure out an alternative way to manage. You are given many choices on how to handle certain missions. Non-linearity, liberty and the game’s sheer size are its strongest suits, and all of them have a lot to do with the overall challenge. Grand Theft Auto III was a turning point in a series that is, for a good reason, the most popular video game franchise in the world today, among mature audiences. As an active player’s choice, the game has seen better days, but still holds its own when it comes to delivering a good story and classic gameplay standards. A cheap, grand must-purchase to gamers impressed by its sequels.

The game’s original PS2 version was delayed for a few weeks due to editing forced upon the developers by the events of 9/11. A character named Darkel was removed altogether due to the nature of his missions which dealt with terrorism. He was originally in charge of the Rampages as well, but upon the removal of his missions the traditional skull icon was brought in. Traces of Darkel remain in the game’s instruction manual and credits. The colours of all police vehicles were changed to avoid comparison with the NYPD.

Although the Grand Theft Auto series is famous for its totally uncensored profanities among other things, in Grand Theft Auto III there’s only some mild cursing, the strongest word being “shit”.

The mysterious protagonist of the game has been a subject of debate ever since the game’s initial release. No specific reason is given for why he doesn’t utter a single word during the game, or doesn’t have a real name. Maria is heard calling a radio show and pointing out that the protagonist is “the silent type”, and doesn’t refer to him by name. She gives him the nickname “Fido” early on in the game, though, referring to him as Salvatore’s lapdog. The character later made a cameo in Grand Theft Auto: San Andreas, in which the origins of his and Catalina’s relationship were explained, and was finally given a name: Claude. Most fans have since referred to the protagonist as Claude Speed, due to a character with similar features in Grand Theft Auto II.

DJ Lazlow is the only character in the series to have “appeared” in every game since Grand Theft Auto III. He is voiced by the multitalented, real-life radio host Lazlow Jones, who co-wrote the script for the radio inserts and commercials, and has continued to do that to this day in addition to his voiceover work.

The cab company Borgnine Taxis is namely a tribute to the actor Ernest Borgnine, who played a cab driver in Escape from New York.

All of the songs on Flashback FM are taken from the soundtrack of Scarface. Robert Loggia, who played Frank Lopez in the movie, does the voice of Ray Machowski.

In Portland, a sign promoting the movie Badfellas can be seen. It’s an obvious parody of the movie Goodfellas. Frank Vincent, who does the voice of Don Salvatore Leone, played Billy Batts in the movie.

Another sign promotes a movie called Top-Down City. This is a reference to the perspective of the first two Grand Theft Auto games, which is also available in this game as the experimental “Classic” perspective.

Some vans are marked with the logo “Toyz and the Hood”. This references the movie Boyz n the Hood.

A mission named Two-Faced Tanner spoofs the Driver series; Tanner, the game’s protagonist, even makes an appearance. Reflections Interactive, the developers of the Driver franchise, have long engaged in a friendly rivalry with Rockstar Games. Driver was spoofed again in Grand Theft Auto: San Andreas, along with other sandbox games of the time.
Signed by Kuzpo klo 13.53