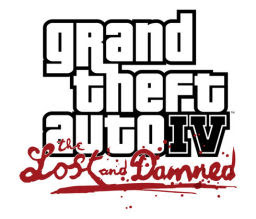 It’s a revolutionary era of gaming in a certain sense. Nowadays, you pay a full price for a game that is relatively easy; a large group of even the best and most popular games are easily beaten and mauled to 100%. But, those games often come with a catch. Pay a few more Benjamins and you get extra content guaranteed to keep you happy for another while. Maybe even a few Trophies or Achievements. Hell, maybe you’ll get the downloadable content for free, since you were so generous to invest your hard earned money in the retail game. Well, downloadable content for Rockstar Games’ Grand Theft Auto IV doesn’t come cheap, but The Lost and Damned certainly is more than just an add-on or an expansion pack – actually, it’s a full-on GTA experience that’ll keep you glued to the screen for an additional dozen of hours. Following the expiration of Microsoft’s multi-million contract with Rockstar Games to keep the two expansions for Grand Theft Auto IV exclusive to the Xbox 360, PC and PS3 owners finally got their share of this downloadable bliss on April 13th, 2010... and thus the thrill was reborn.

Liberty City, 2008. Two rivaling motorcycle gangs, The Lost MC and the Angels of Death, have managed to uphold a tense, but enduring truce for years – thanks to the temporary leadership of Johnny Klebitz, the Vice President of the Lost. However, that truce is over once Lost President Billy Grey gets out of extensive rehabilitation. Billy is an old-school outlaw who fails to see the advantages of common sense over his methods and principles as the leader of the club. Johnny has always been loyal to his mentor, but his sudden doubts of Billy’s leadership qualities and priorities in life prompt him to try to find a way to take control of the Lost for good.

I know you’d first expect the game to look and sound exactly the same as the original retail, but think again. The interface of the game is quite different, while the graphics are pretty much the same – darker by a hunch. The minimap’s surrounded by a shade effect, the font face has been changed, and the expansion even has its very own intro like any Grand Theft Auto game. The whole style of the game has been modified to suit the biker theme, all the way to the gameplay – Johnny rides bikes like a pro from the very beginning, there’s no need for stats to keep his ass glued to the seat of the bike even if the whole thing does a couple of backflips 20 meters up in the air. Johnny just usually brushes it off like its nothing. This sounds maybe a tad unrealistic, but it works in practice, since you’ll be riding a bike for 99% of your time on the road. I can’t even bear to imagine how this would be like with bike riding physics straight out of Vice City...

We complained about the uneven relationship between a brilliant voiceover cast and cinematics, and totally lackluster radio. Well, guess what? The brilliant voiceover cast and cinematics remain, and nearly 60 additional music tracks are added to the game, most of them to the playlists of bikers’ (and my personal) favourites, Liberty Rock and Liberty City Hardcore. Let’s see now, on Liberty Rock we have Deep Purple, Saxon, Bon Jovi, AC/DC, Iron Maiden, Mötley Crüe and a dozen other truly formidable bands rocking out and slapping the retail’s Q Lazzarus chumps silly (too bad we still can’t remove certain songs from the playlist), and Hardcore gives fans of old school thrash, black and death metal something to rejoice about with the surprising inclusion of tracks from Bathory, At the Gates, Celtic Frost, Cannibal Corpse, Kreator, and many others. Of course, I also have to mention Sepultura, as former frontman Max Cavalera actually joins original DJ Jimmy Gestapo in Hardcore’s studio. And here, we have a brilliant chance to talk about the voiceover work, and a bit about the characters, too.

In the extremely cool opening cutscene, we are introduced to a host of characters in a fashion clearly influenced by the 2008, Tarantino-produced movie Hell Ride, and of course, the movie that one’s influenced by, Easy Rider. The voiceover cast in the game is as incredible as ever, but the characters themselves aren’t up to the series’ standards, except for one individual: Billy Grey. Billy (voiced by Lou Sumrall) is right up there with James Woods’ Mike Toreno when it comes to the best non-playable characters this series has produced in its time. Billy loves drugs, and he loves pussy, most of all he loves his bike and his status as a leader. Everything else comes second. Billy is excellent at what he does – he’s one loveable asshole, and for once, a well-written character like this is utilized just enough. The main character Johnny is kinda cool, but he lacks personality, and in the main game he struck me as somewhat of a retard. Here he’s portrayed as a violent, but a witty, intelligent and sensible guy, but the missions in the main game revisited from Johnny’s perspective feature the very same cutscenes and dialogue that the original did. You can clearly hear the difference. Suddenly, Johnny talks slower and says “uh…” a lot, while in the rest of the expansion he answers to Billy’s constant rants with nearly equal articulation, force and wit. In every other way, the story and the characters tie to the main game’s storyline progression, nice and clever, except for one tiny goof in the game’s intro – Niko is shown walking on the streets of Alderney, although at that point in the game’s storyline, Alderney was closed off. Not my observation, some (other) nerd picked this up. Besides Niko all of Elizabeta Torres, Playboy X, Ray Boccino and a few other characters from the main game make appearances, and we also learn more about people that we saw only briefly (and maybe offed) in Grand Theft Auto IV.

You start off in Alderney, and your only safehouse for most of the game is the Lost clubhouse. This makes no difference whatsoever, since the autosave feature takes care of all the data; you don’t need, or can’t save the game manually. The clubhouse introduces a couple of new minigames: arm wrestling and a hi-lo card game. Giving a shot at arm wrestling is actually pretty damn hard, as accidentally bumping into any competitors or the members of the audience dissolves the group, and you’ll have to leave the house and return in order to attempt to take part in a match again. There’s also an air hockey game, at least in Algonquin, available to you in the bowling hall. I don’t know about you but I found this the most addictive optional minigame out of all those in Grand Theft Auto history! It’s fun as hell! ...And surprisingly hard!

The gameplay’s the same as always. You accept missions from several employers; as the leader of your gang, Billy Grey is of course the key employer for about half of the time. There’s a huge amount of gunfights in this game; most of the missions are based on gunning down Angels of Death. Since most of the game’s storyline revolves around two rivaling gangs, the gang wars from San Andreas are brought back. During gang wars, as well as certain missions, you have the option to call your Lost buddies for backup. It’s quite difficult to use a cellphone in the heat of battle, especially as Johnny abandons his cover every time he calls someone, but it’s totally worth it. “The more the merrier”, and in addition to a Like/Respect stat, your buddies also have a Toughness stat. Leveling the guys up makes them more precise and efficient killing machines, and guarantees some fun slaughter even when the going gets tougher.

Grand Theft Auto IV: The Lost and Damned offers you 12 to 15 hours of additional gameplay to the already humongous retail game. It’s not just promotion, it really does pack much, much more than expansions for numerous other games. There are 22 storyline missions, 25 gang confrontations, 25 illegal street races (with baseball bats as equalizers!), a few missions given out by random characters, ten bike theft missions and five additional moneymakers, and of course a number of hidden packages, all for the price of an used, old PS3 game. Hard to believe they squeezed all this into just a little over 2 Gb of data! As for its difficulty... well, it is kind of challenging. There are a couple of really tough missions, and this tested version (1.00) has a severe, persistent glitch which makes one of them even harder than it already is. Let me tell you right away: the moment you first answer the phone and hear nothing, but are still appointed a new mission, reboot the console. This glitch will otherwise remain and you will no longer hear random dialogue, or be able to complete the mission I mentioned (Buyer’s Market) normally.

The PS3 version of the expansion brings in a measly amount of five new Trophies, all of which are Bronze. Their criterias are quite random; three of them are tied to the storyline, while two are optional achievements. “Get Good Wood” should’ve been a Silver at the very least – hitting other racers with the baseball bat during the races isn’t hard, but actually getting them off their bikes is.

We’ve, at least I know I have, always loved bikes in Grand Theft Auto games ever since they first emerged in Vice City, and now we’ve got them. There are not many moments the player absolutely needs to resort to a car, and driving a car in The Lost and Damned is just wrong, even if it is a recommendable optional transport in at least one certain mission. If you even remotely liked Grand Theft Auto IV, you’ll like The Lost and Damned. Hell, I’ve heard people give it more praise than the main game. I won’t go that far with a mere expansion pack, which is glitchy and casts such a shallow and relatively boring dude as the lead character, while the employers steal the show; one guy just rocks the game’s foundations all the way from the beginning to the end with his presence and priceless one-liners, and one swings his bare dick around to make an impact in the gaming community, and give authorities another tough BONE to pick. Still, it’s fucking awesome.